Judith Collins has no regard for the will of the people and the referendum. 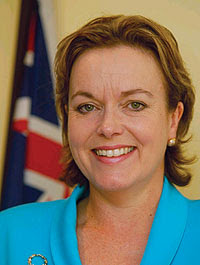 She told the NZ Herald on saturday saying the 'anti-smacking' law was being applied correctly.

She went on to say about the law,

"I think it doesn't need to change, so I don't think the question is fair enough."

Well excuse me Judith, but I don't care what you think. The people of NZ might not agree with you and you should be listening to them.

The question may not be fair in your eyes, but that doesn't matter, the people of NZ forced the question. It is our question, not yours.

Its just like saying elections aren't fair because we don't think there should be a change of governmnet.