I read a small article in The Press a few weeks ago entitled "Anti-smackers retain Bailey".

"Mother of the Nation", Judy Bailey's comments are absolutely vile. Her comments in the article are copied below...

"This whole debate was never about light smacking or good parental correction; it was all about the parents who choose to beat their children with jug cords or bits of four-by-two... [The law change] sent a powerful message to us all that hitting children is not good parenting. Children who were hit by their parents often grew up seeing violence as the answer to problems, and whole communities believed "it is normal to hang a child from a washing line". Good parenst have absolutely nothing to fear from this legislation" 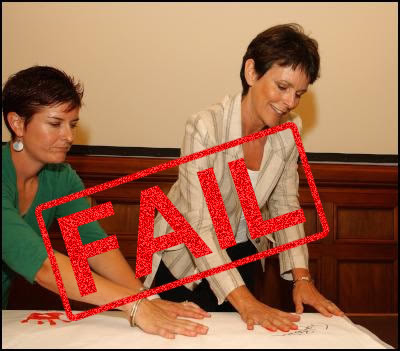 Stating that the entire community in which poor Nia Glassie lived was essentially complicit in her brutal torture and murder is just not acceptable.

Bailey's other incorrect comments pale into insignificance compared with this awful, thoughtless and offensive statement.
Posted by Andy at 9:19 AM